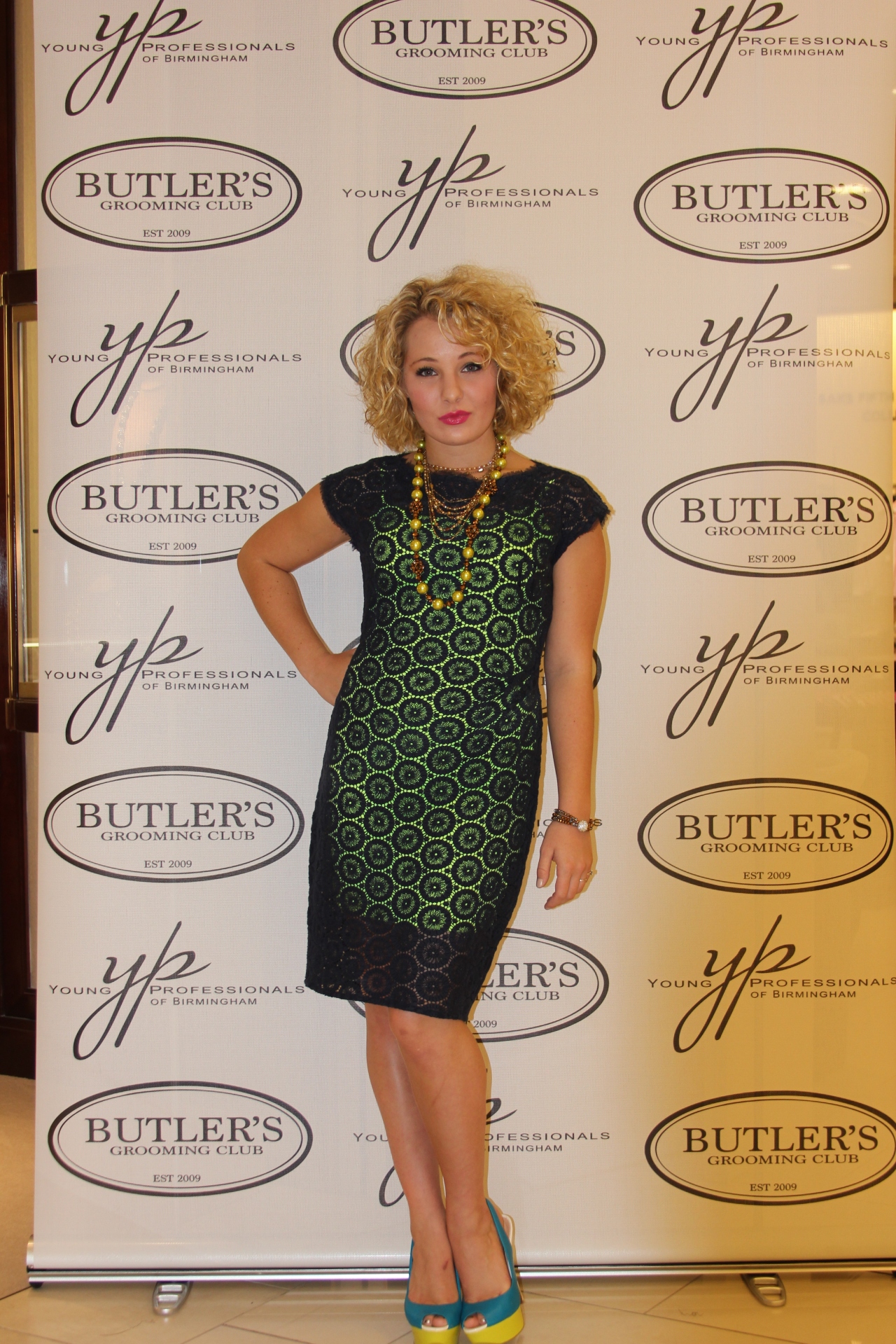 Young Professionals of Birmingham [YPBirmingham] is a nonprofit, volunteer-run organization which was created in 2007 on the platform to inform and engage the young professional population in the Birmingham metro area. “We want to encourage the young members of Birmingham’s workforce to participate in local events, learn about the critical issues facing our city and develop a sense of commitment to Birmingham.” (www.ypbbirmingham.com)

Each year, ten young professionals are chosen to raise awareness, support, and donations towards a charitable organization of his/her choice. Not only do these young professionals help support and give back to their community, but they also compete for the fabulous and coveted title of Mister and Miss Young Hot Birmingham.

This year’s annual Young Hot Birmingham event was sponsored by Butler’s Grooming for Men located inside of Saks Fifth Avenue at The Summit Lifestyle Center.  Attendees celebrated with delicious hors d’oeuvres from Maki Fresh, delectable desserts from Seasons52, and an open bar featuring a selection of fine beer, wine, and mixed drinks. 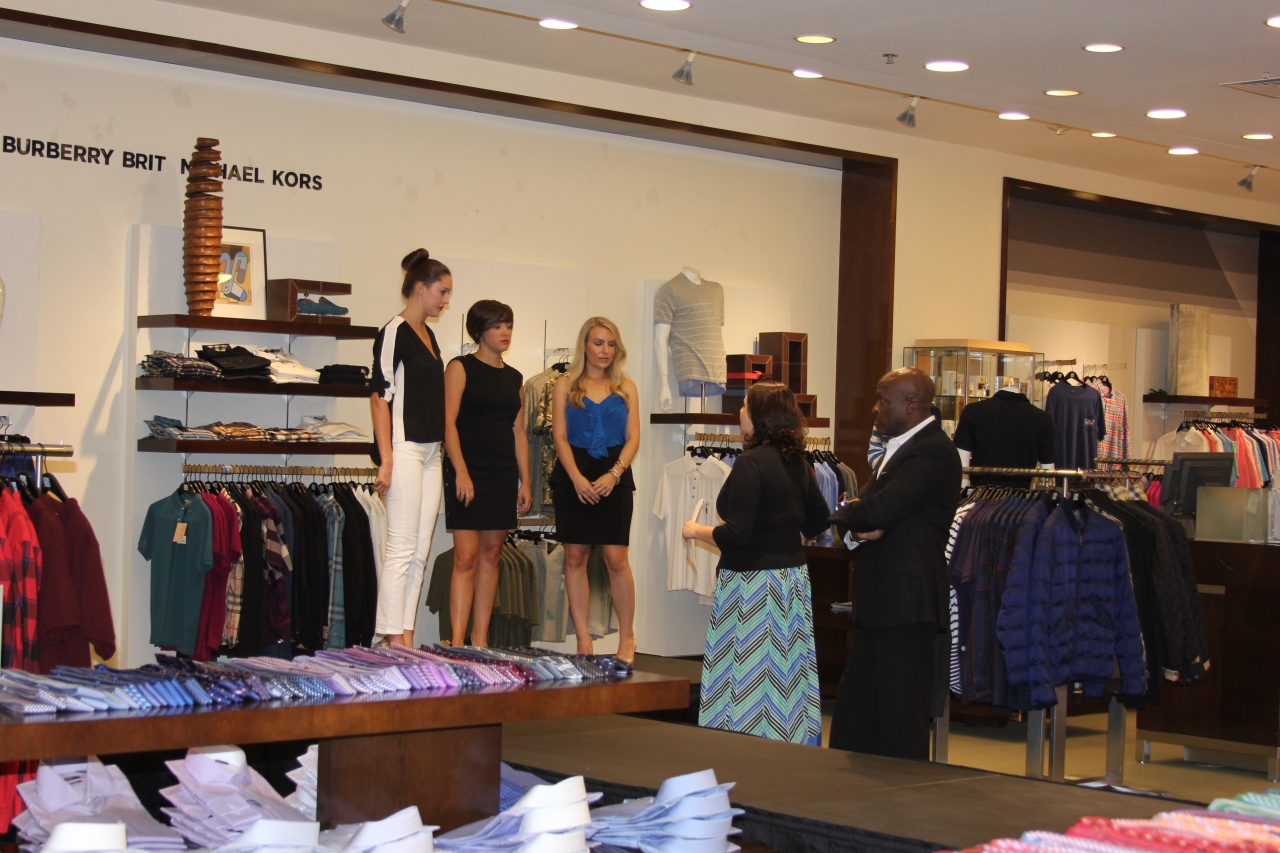 To show off the Young Hot Birmingham nominees, Saks Fifth Avenue styled and dressed each contestant in stunning merchandise for the young hot men and women to strut the catwalk. Contestants sported labels such as Hugo by Hugo Boss, Burberry Brit, Valentino, and BCBG Maxazria. As each nominee modeled Saks Fifth Avenue’s fall apparel, I was taking notes on what new items I was going to need in my fall wardrobe. What better way to show off new fall fashions than with young professionals in the Birmingham area! 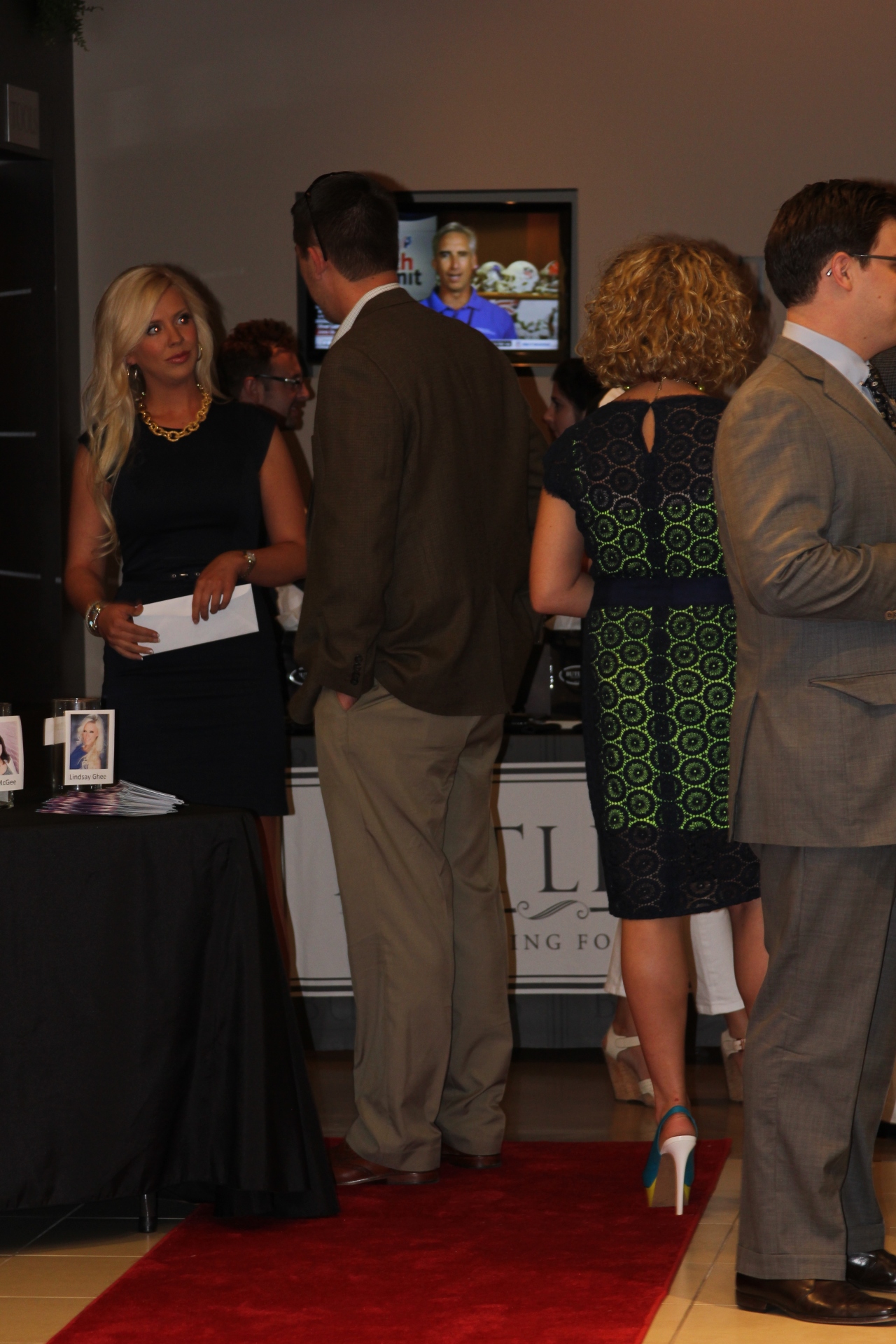 Ian Henderson Dexter is a Washington and Lee University graduate who holds the title for a three-time NCAA Honorable Mention All American in swimming. Ian is currently a partner at Fusion Advisory Services, which is a boutique consulting firm that works to help businesses source funding for growth by utilizing tax credit equity with a focus on urban development. After graduating from Washington and Lee University, Ian grew passionate about the “locavore” movement.  When friends introduced him to the Jones Valley Teaching Farm, he fell in love with its unique mission of encouraging community health through the nourishment of the mind and body.  Ian Henderson Dexter’s mission was rewarded when he received the title of Mister Young Hot Professional. 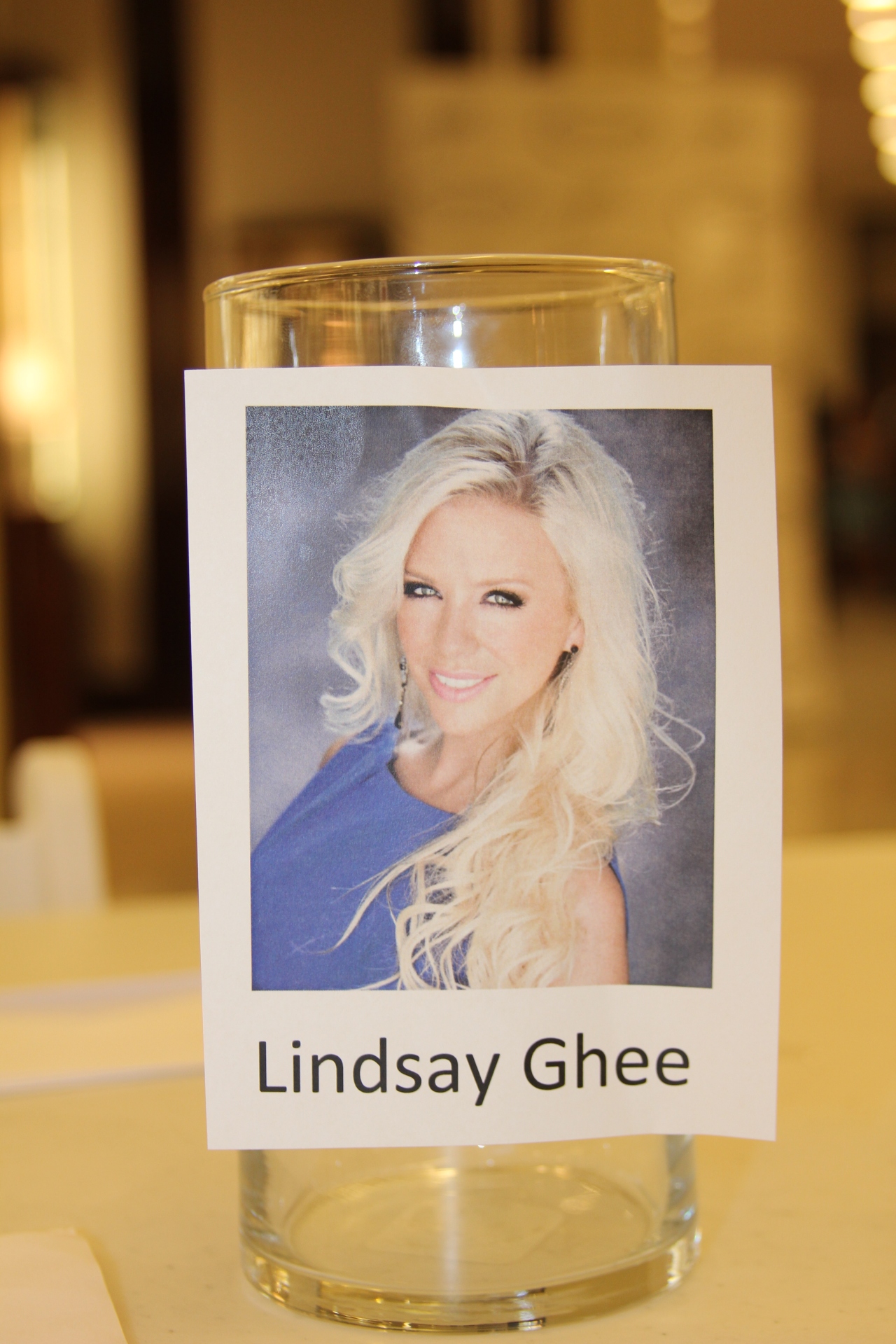 Lindsay Ghee is a University of Alabama graduate and second-year law school student at The Birmingham School of Law perusing a legal career in family law, environmental law, and animal welfare law.  Lindsay is the President and Co-Founder of 4Legs4Justice Animal Advocate and Rescue. With the 4Legs4Justice Animal Advocate and Rescue, Lindsay desires to rescue and “rehome” animals across the United States. Since 2003, Lindsay has annually participated as a camp counselor and staff member at Camp McDowell’s Special Session for mentally and physically disabled adults. When it came time to choose her charity, Lindsay was inspired to represent and raise money for The Norma Livingston Ovarian Cancer Foundation in honor of Brittany Waldrep. Lindsay Ghee was awarded the title of Miss Young Hot Professional as she raised more than $30,000 for The Norma Livingston Ovarian Cancer Foundation. 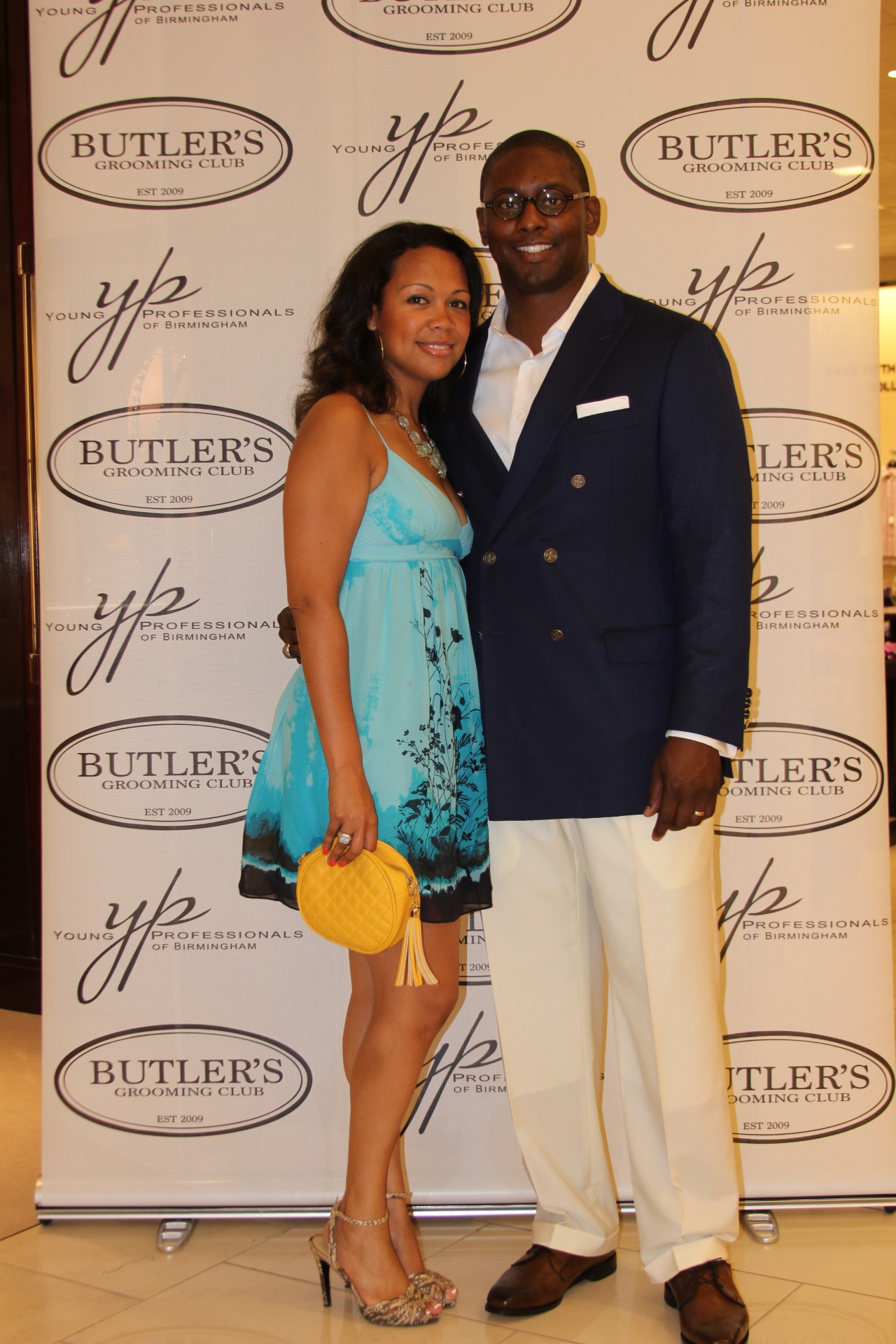 The Young Hot Birmingham nominees and their charities of choice for the 2013 event are as follows:

Polly Allen, a Baton Rouge native and University of Mississippi and Samford University’s Cumberland School of Law graduate, has a passion for helping others.  She chose to raise support and money for the Make-A-Wish Alabama because she enjoys working directly with the children and families involved.

Will Powell, a Washington and Lee University class of 2005 graduate, is actively involved in the Birmingham community.  Will’s desire is to raise awareness for the importance of providing care and development training for infants and toddlers with special needs. The Bell Center for Early Intervention Programs was a natural fit for him.

Chad Ellis, a University of Alabama graduate, has a contagious entrepreneurial spirit and love for his community.  He is the founder of Charles R. Ellis Designs and the lifestyle website Men’s Fashion Advisor.  Chad chose to support and raise awareness for the Children’s of Alabama Child Life Program.

Claire O’Rear, who received her Masters of Science in Health Administration from the University of Alabama at Birmingham, is currently working for HealthSpring where she observes the impact that chronic conditions such as diabetes have on the health of our communities.  Her passion for finding a cure for diabetes led her to support and raise money for the American Diabetes Association.

John McElrath, a native of Rome, Georgia, raised money for The Literacy Council.  John moved to Birmingham and began a career in Real Estate Development of student housing.  After his accomplishments in Real Estate Development, John started his own Birmingham-based company State Traditions. Both John and his wife Stacey are members of The Literacy Council and are passionate about raising money for this nonprofit. is an industry leader creating top-notch, state and country-inspired apparel and accessories that reflect traditions across America and the world

Kristen McGee, who is a Samford University graduate, is a realtor with the Gusty Gulas Group at Realty South. Growing up in Birmingham, Kristen and her family visited homes of participates of the Alabama Institute for the Deaf and Blind.  These visits sparked Kristen’s passion for helping the special needs community.  Kristen’s involvement as Junior Board President of The Exceptional Foundation and her love for the special needs community led her to raise awareness, support, and money for The Exceptional Foundation.

Michael Green graduated from the University of Alabama at Huntsville with a Bachelor of Science degree in Biology and Chemistry. Currently, Michael is a regional training manager for the Southeast Region for Alcon Vision Care. Playing and coaching various levels of soccer including club, high school, college, and semi-pro inspired Michael to raise money and support for the Vestavia Hills Soccer Club Scholarship Foundation.

Chad Ellis, a Young Hot Birmingham Nominee, and I at the YPBirmingham event at Butler’s Grooming Club.

It was a spectacularly record-breaking year for the Young Professionals of Birmingham organization as the contestants raised over $50,000 for ten absolutely amazing charities! Next year, let’s help the Young Professionals of Birmingham go above and beyond this year’s $50,000 record by supporting these ambitious and caring Birmingham-locals in their raising of donations and awareness for such wonderful nonprofit organizations.

Become a member of YPBirmingham today so that you can “Get Out, Get Social”. “There are endless opportunities to get involved in Birmingham, and it’s our mission to help make them accessible to you. Involvement with YPBirmingham supports local nonprofits, organizations, businesses and ultimately, our city.” (www.ypbirmingham.com) Visit www.ypbirmingham.com to sign up for a membership today!

Dee Repici and I at the Young Hot Birmingham Event. I absolutely love her necklace–so lovely and so vintage inspired!

Ginnard Archibald (Social Media/Photographer of YPBirmingham) and I at the Young Hot Birmingham event. 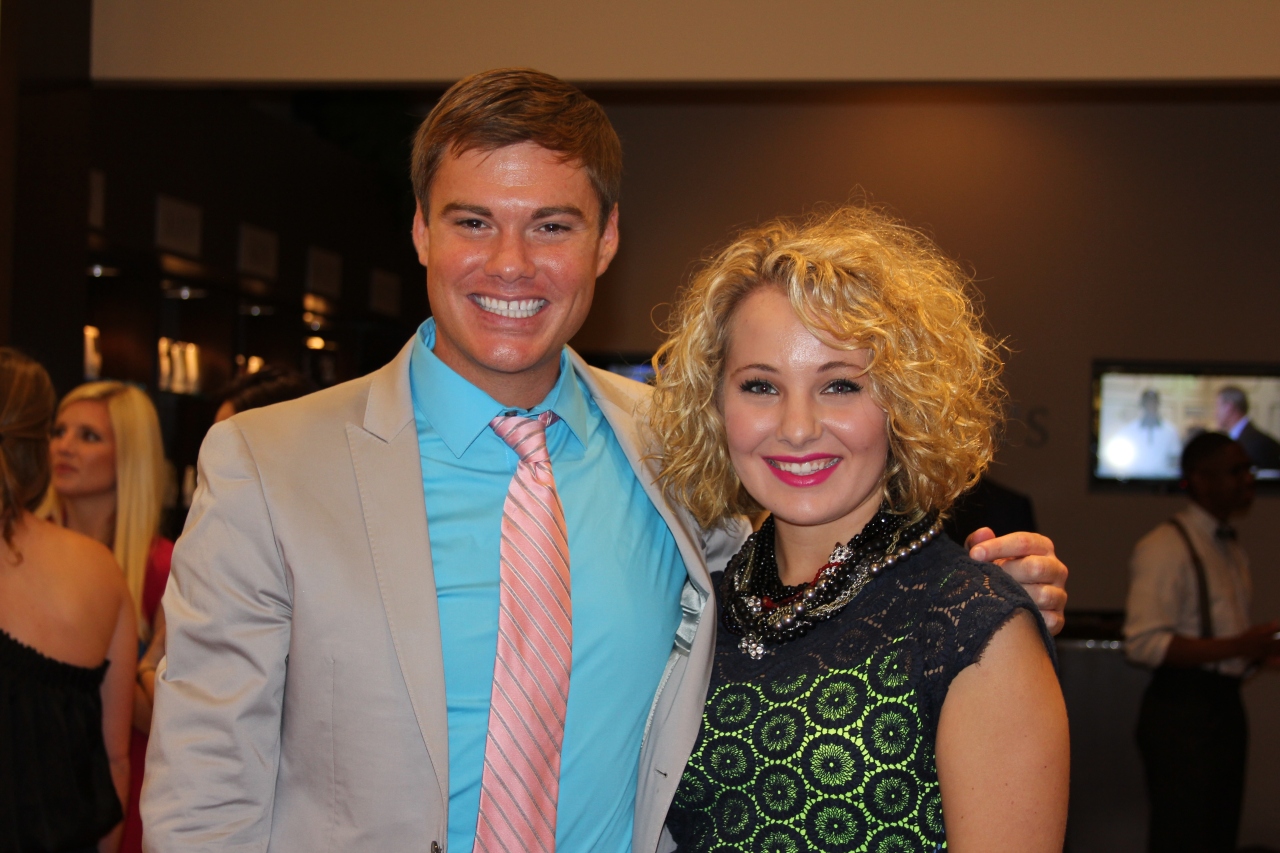 Bo Draughon and I looking absolutely fabulous at the YPBirmingham event at Saks Fifth Avenue. 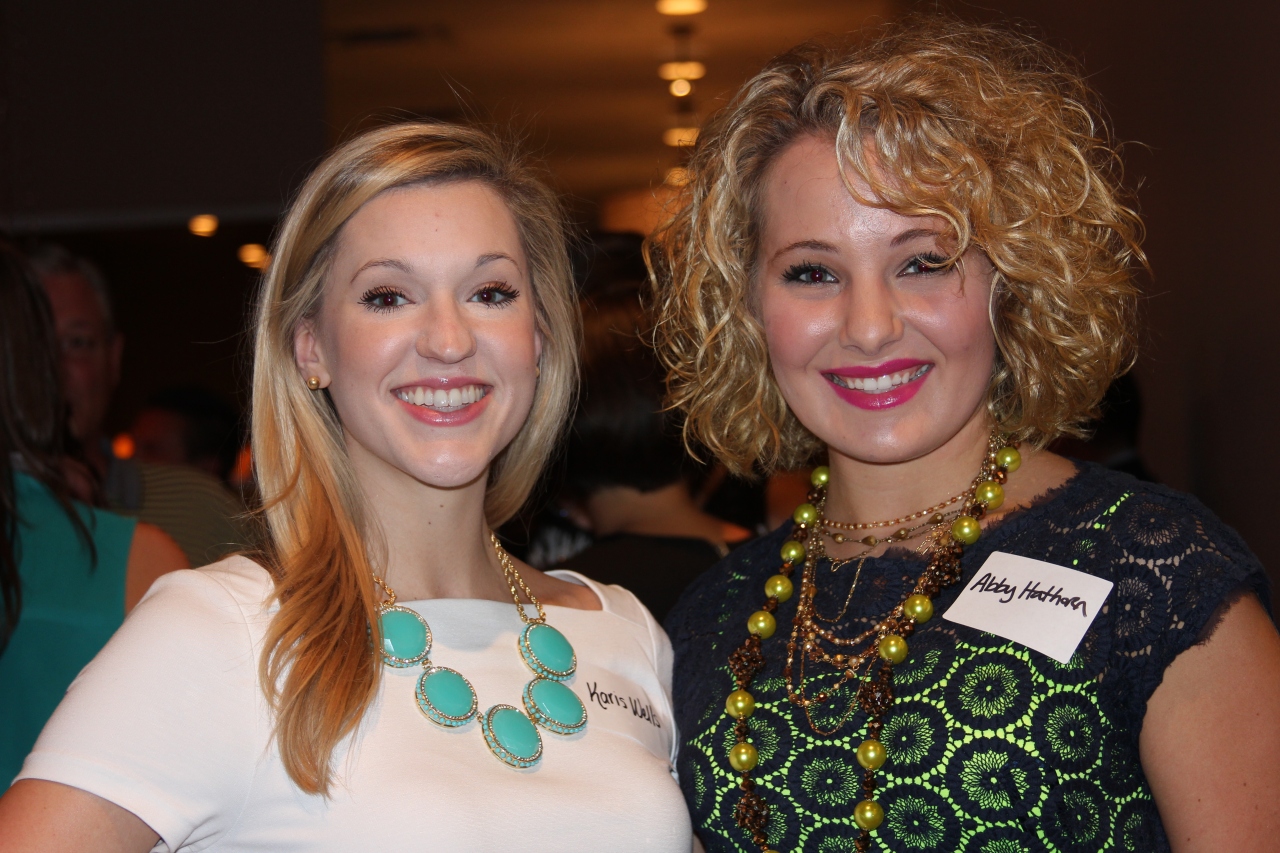 Karis Wells (Field Sales Manager at Seasons 52) and I at the YPBirmingham event. I absolutely loved the way Karis added a pop of color to a simple white dress with a colorful statement necklace! 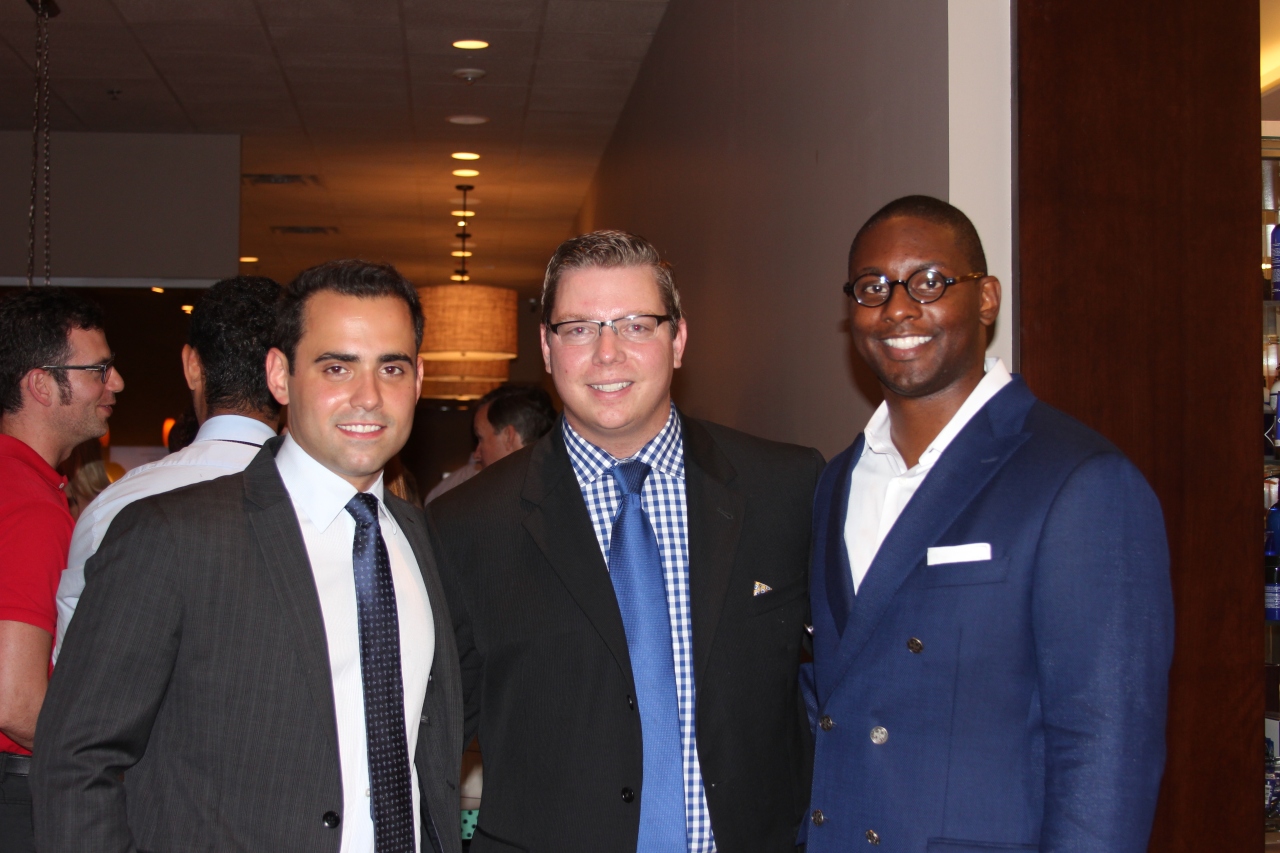 For more pictures from the Young Hot Birmingham event, please visit my Facebook page here. Please feel free to tag you and your friends in any of the photos!

Be ‘in orbit’! Let’s socialize!

Content and images may be re-blogged, but a hyperlink back to www.vintageinspiredpassionista.com is required.

This work is licensed under a Creative Commons Attribution-NonCommercial 3.0 Unported License.