“Denim is one of the oldest fabrics, yet it remains eternally young,” a journalist for American Fabrics magazine wrote in 1969. Starting out as a material for blue-collar workers and gold miners, denim over the years has made its way into closets all over the globe with every fashionista owning at least one pair of blue jeans *wink*

In 1873, Levi Straus along with Jacob Davis kickstarted the awesomeness of denim by manufacturing what was known as “XX” pants, which later became known as the “501”. Levi was granted a patent for rivet-reinforced pants with the saying, “Improvement in fastening pocket-openings”. Up unto this point, a lot of denim pieces were overalls–some without straps. So, kudos to you, Levi, for stepping up the blue jean game *wink*

One of the first stars to make jeans popular was silent film actor William Heart in the early 1910s. William Heart won the hearts of viewers with his slick western style and blue jeans. Another western-style star to bring fame to jeans was John Wayne, when he starred in the film Stagecoach (1939). Now…I don’t think I have to elaborate on how awesome John Wayne is *wink*

Soon after John Wayne sported the “501” in Stagecoach, U.S. soldiers and sailors, who were active overseas, inadvertently introduced jeans as casual wear to people all around the world. Well, looky there! Now, we have two things to thank our veterans for–Serving our wonderful country and spreading the casual awesomeness of blue jeans *wink* 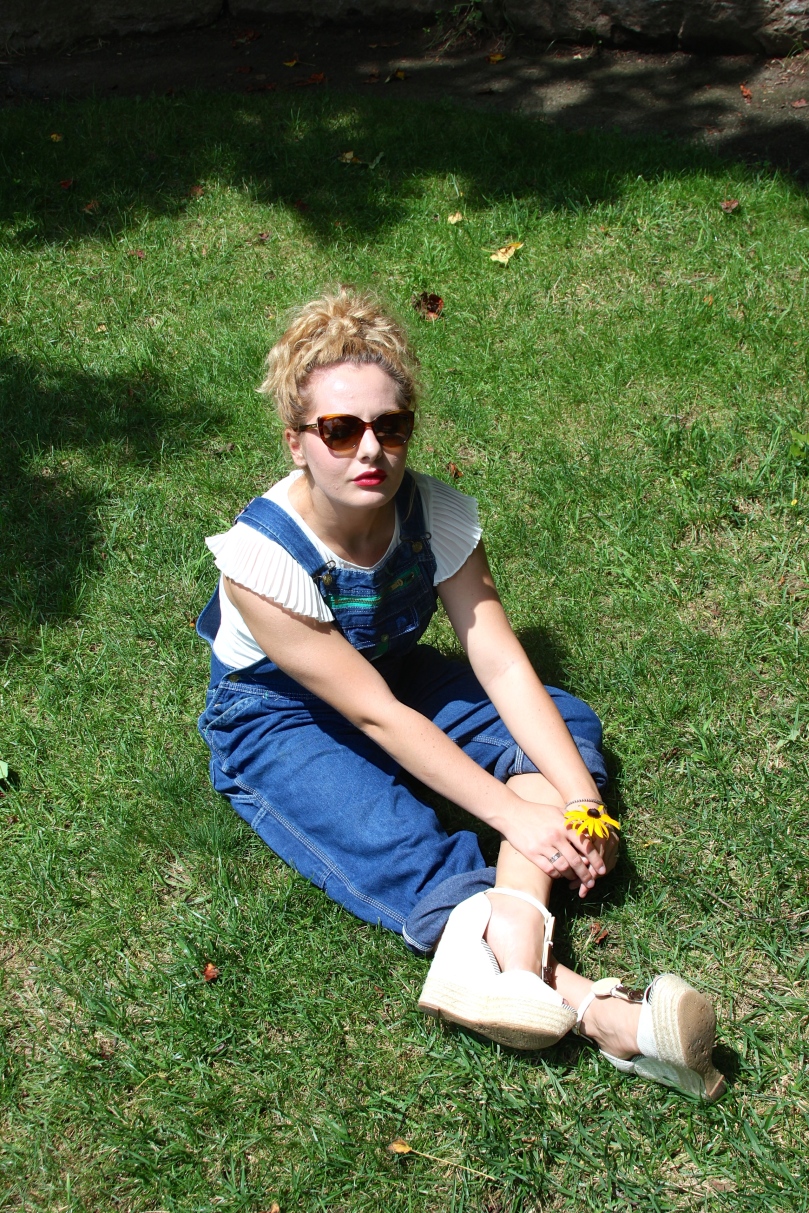 Okay–Okay! Enough with the history lesson *wink* Every time I put on a pair of jeans, I cannot help but think about how denim has evolved over the past 200 years. What started out as something that made people’s lives easier has become a basic fashion essential. From one style, to too many to count–jeans really are eternally young. Unlike furry vests or floral tennis shoes, denim will never go out of style! And that’s an even better reason to dress up the basics–denim shorts, jeans, overalls, and vests…oh, my! *wink* 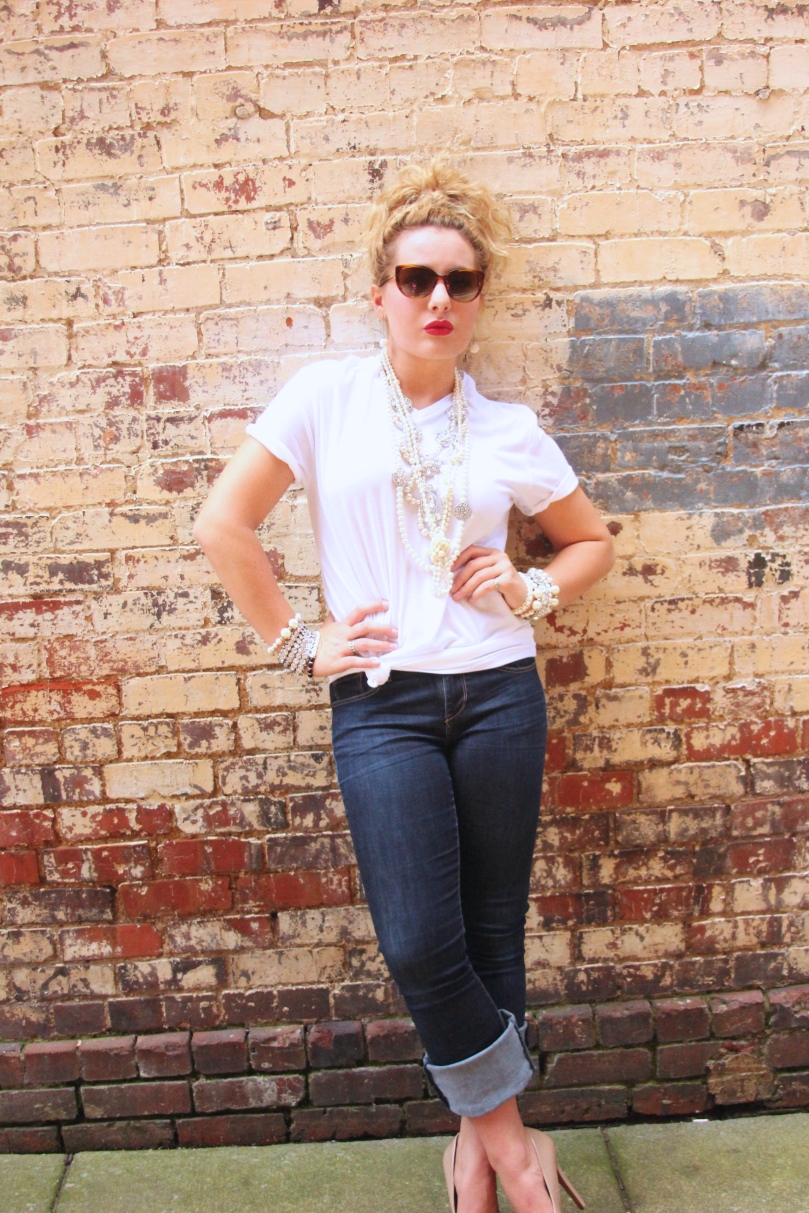 So…why a white t-shirt and jeans for Weekly Whistle? Oh, answering that is a cake walk. *wink* James Dean was super attractive, I love his movies, and boy–that man could rock a white t-shirt and blue jeans with a cigarette limply hanging out of his mouth. Oh…how I was born in the wrong era! Where can a girl get a poster of James Dean for her wall rather than one of Channing Tatum (I mean…I will take one of each, please *wink*).

Now, to wrap things up on this week’s Letter from the Editor, here is a clip of James Dean from Rebel Without a Cause. Yep–I need to break out the fuzzy blanket, popcorn, and old movies because all this talk about fashion history and movie stars has me craving the good ole’ days *wink*